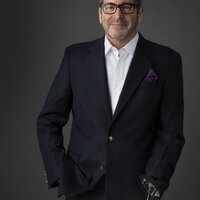 Miles O’Brien, science correspondent for the PBS NewsHour and producer-director for NOVA, has become one of the most recognizable voices in broadcast journalism. O’Brien will discuss the emergence of climate change as an issue of scientific concern, changing public perceptions about the topic, and how journalists – both those who cover science and those who cover politics – have helped shape those perceptions.

In February 2014, a heavy equipment case fell on O’Brien’s forearm while he was on assignment in Japan. He developed acute compartment syndrome, which required emergency amputation of his left arm above the elbow. O'Brien won the AAAS Kavli Science Journalism Award in 2015 for a two-part NewsHour series about prosthetics and the challenges of developing a fully functional human limb. In addition, he has won a half-dozen Emmys, and a Peabody and a DuPont for his coverage of Hurricane Katrina and its aftermath.