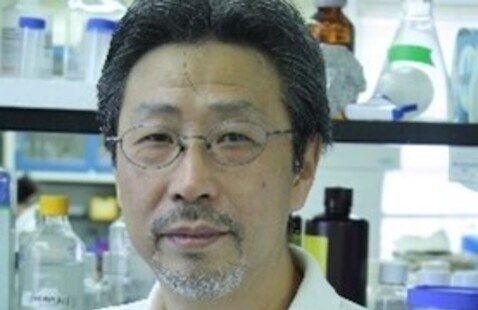 Join us for “A novel intercellular communication for vein graft intimal hyperplasia" a keynote presentation by Dr. Taixing Cui, School of Medicine MizzouForward faculty candidate.  Dr. Cui will present on his research for approximately 40-minutes with a 20-minute question and answer session to follow.

Dr. Taixing Cui is an Associate Professor in the Department of Cell Biology & Anatomy at the University of South Carolina School of Medicine.  He also serves as a VA Research Investigator for the Coilumbia VA Health Care System at Wm. Jennings Bryan Dorn VA Medical Center in Columbia, South Carolina.

Vein graft (VG) failure is associated with VG intimal hyperplasia or neointimal formation, which is characterized by abnormal accumulation of vascular smooth muscle cells (SMCs). However, the precise source of neointimal SMCs and the mechanism for generating neointimal SMCs in VGs remain poorly understood. Herein we demonstrated that after transplantation, most of the donor venous cells including of endothelial cells (ECs), SMCs, and vascular stem cells (VSCs) die within 3 days, and the recipient arterial VSCs expressing stem cell antigen 1 (SCA1+VSCs) are recruited to repopulate mainly the adventitia in VGs. The pre-existing mature SMCs, but not ECs, are the major cellular source of neointima cells. In addition, SCA1+VSCs do not differentiate into neointimal SMCs, but paracrine enforce media SMC dedifferentiation into synthetic SMCs for intimal hyperplasia. Single-Cell RNA sequencing (scRNA-seq) and RNA-seq analyses revealed a unique subset of recipient adventitial SCA1+VSCs expressing cyclin-dependent kinase 8 (CDK8) is activated and migrates to the adventitia of VGs. Moreover, activation of CDK8 intensifies ISGylation in the adventitial SCA1+VSCs, which is most likely responsible for driving the VSC-mediated paracrine enforcement of SMC dedifferentiation, resulting in intimal hyperplasia toward VG failure. There findings uncover that a novel intercellular communication between adventitial VSCs and medial SMCs in VGs, in which a unique subset of adventitial VSCs paracrine enforces media SMC dedifferentiation for intimal hyperplasia in VGs toward VG failure. CDK8 appears to be a promising target for the treatment of VG failure.

After the keynote, please provide candidate feedback with our brief survey.

MizzouForward is a transformational effort to strengthen innovation in research to improve lives around the world—and it all begins with the right people. By attracting exceptional researchers and further developing our talented faculty, MizzouForward will set us apart as one of the best research universities in the nation. Learn more about MizzouForward and see other upcoming keynotes.