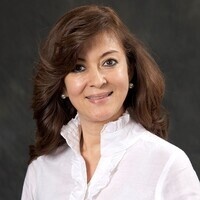 According to the World Health Organization (2020), worldwide violence against women is a major public health and human rights problem, as well as a public administration concern. In search for solutions, governments and non-governmental organizations (NGOs) have adopted and created pro-women institutions with the goal of promoting gender equality and protecting women rights through legal and formal tools. However, the number and nature of pro-women institutions considerably vary across countries and subnational levels of governments. To explain this variation, we rely on the tenants of the theory of representative bureaucracy by extending its logic beyond bureaucrats to include elected leaders. Specifically, we suggest women’s representation in elected positions influences the creation of pro-women institutions. To test this proposition, we rely on a data from the 496 municipalities of the Brazilian state of Rio Grande do Sul. After controlling for municipal factors, findings suggest municipalities led by women mayors tend to have a shelter for women exposed to violence, and municipalities with a larger number of women legislative candidates tend to have a police station dedicated to women issues. Contextual and socio-demographic factors, as well as the prevalence of violence against women, seem to explain the total number of pro-women institutions in a municipality.