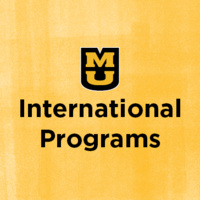 This event will be held online — register in advance.

From the founding of the United States, disaffected groups have used or threatened to use violence as a means of affecting political change in the country. This presentation will focus first on the rise of militant extremists in the 1980s that led to Ruby Ridge, Waco and, ultimately, to the bombing of the federal building in Oklahoma City in 1995. In the aftermath of that bombing, federal law enforcement cracked down on domestic terrorists. The presenters will then discuss the dramatic rise of militant extremist groups following the election of President Trump and the ongoing threat such groups pose in the wake of the Jan. 6 attack on the Capitol.

Can't attend the session live? Still register for the webinar to receive access to the recording.

Co-sponsored by the Michael A. Middleton Center for Race, Citizenship, and Justice.

This is the first event in the three-part Tri-Continental Partnership Series on Domestic Extremism and the Threat to Democracy.

The Tri-Continental Partnership is a trilateral agreement between the University of Missouri System, University of the Western Cape in South Africa and Ghent University in Belgium.