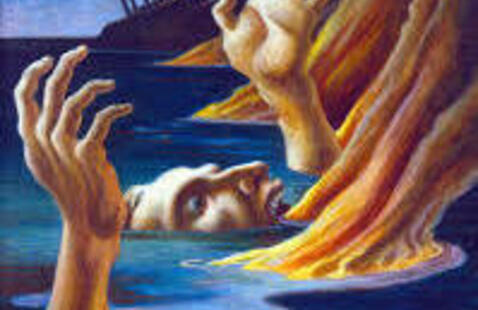 After the United States entered World War II, Missouri artist Thomas Hart Benton responded to the national crisis by working through his thoughts and emotions on canvas. Executed between 1941 and 1944, the works in the Benton's Perilous Visions exhibition manifest the anxiety, horror, grief, and resolve that Benton and his audience experienced during the war. Visit the Columbia center now to explore ten of Benton's paintings and their allegorical images, visions of events that came to fruition, and expression of fears that thankfully were never realized on US soil. Eight of these famous paintings illustrated the widely circulated Year of Peril propaganda booklet, published by Abbott Laboratories and the US government in 1942.