Is Our Government Too Open? 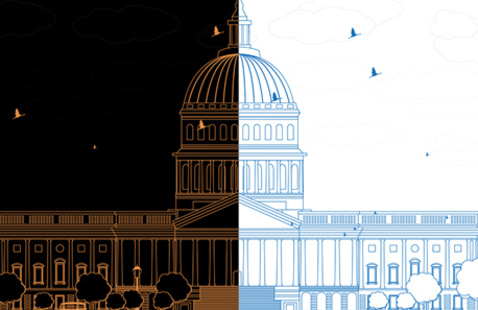 Reformers have tried to improve public access to information about decision making in government for decades. But some influential commentators now argue that the drive for transparency has gone too far, undermining the capacity of elected officials to reach agreement on policies and to make those policies work. March 13-19 is Sunshine Week - a nationwide celebration of access to public information. It is a good time to ask: Is our government actually too open?

Join the Donald W. Reynolds Journalism Institute and the Harry S Truman School of Public Affairs for a debate on transparency in the federal government between Professor Bruce Cain and Professor Charles Lewis, moderated by Barbara Petersen. The debate will begin at 7 p.m. on Tuesday, March 15 in Fred W. Smith Forum (Room 200) at RJI. Refreshments will be available starting at 6:30 p.m. A book signing will follow the debate. Both speakers' books will be available for purchase.

Join the conversation before, during and after the event using #opengovdebate.