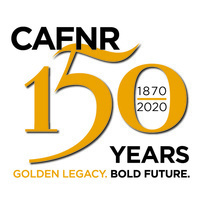 The University of Missouri College of Agriculture, Food and Natural Resources will celebrate the 150th anniversary of its founding with an official proclamation from Gov. Mike Parson, to be read by Lt. Gov. Mike Kehoe.

The proclamation will honor the college’s contributions to the state of Missouri throughout its history, including research, economic reports, rural outreach and partnerships with industry leaders. A celebration featuring cake, ice cream and Truman the Tiger will follow the proceedings.

The college was founded in 1870 when nearly 900 Boone County residents raised $90,000 to bring the institution to their county.

Lt. Gov. Mike Kehoe will deliver the proclamation. The event is free and open to the public, and no registration is required.

Visitors can park on Level 3 of Turner Garage. Cake and ice cream will be available following the proclamation.