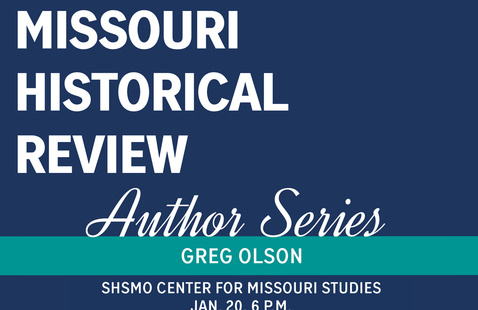 When Missouri territorial officials petitioned for statehood in 1817, they did so with equal measures of moral conviction and legal ambiguity. While the US government believed its status as continental conqueror allowed it to encroach willingly on Indigenous sovereignty, it did not yet hold legal claim to most of the land within the proposed state’s boundaries. Prior to 1817, only three Indigenous nations, the Sacs, Foxes, and Osages, had ceded rights to property inside the territory, and the validity of those treaties was still disputed by many of the Native delegates who had signed them. In fact, only after a long process of negotiating 20 treaties with 13 different Native nations did the United States establish clear title to all the land within Missouri’s present-day borders.

Drawing on his July 2021 Missouri Historical Review article, Olson will examine the treaties that gave the United States legal claim to the state of Missouri and explore the legal foundations that led Americans to believe they had the right to infringe upon Native sovereignty. Olson will also highlight how the process of making treaties was intertwined with the military and commercial interests of state leaders, some of whom served as treaty negotiators.

Before the program, visit the State Historical Society of Missouri Art Gallery during its extended hours of 4-6 p.m. for Cultural Crossroads: Missouri in the Era of Statehood and explore objects related to Olson's talk, including an original Missouri Petition for Statehood, hand-colored lithographs, Missouri banknotes, an Osage tomahawk pipe, and works by George Caleb Bingham, Karl Bodmer, and James Otto Lewis.